“NEVER WERE SO FEW ASKED TO DO SO MUCH”

In the pantheon of soldiers who contributed mightily to the success of D-Day, the name of the British Army’s Lt. Gen. Frederick Morgan must stand near the top of the list. Morgan and his staff shaped a plan that, with some modifications, would become the western Allies’ chief military operation of World War II. They christened it Operation Overlord, a title that will forever be linked with the Normandy invasion. Regrettably, the much more familiar names of Eisenhower and Montgomery have cast Morgan into obscurity. 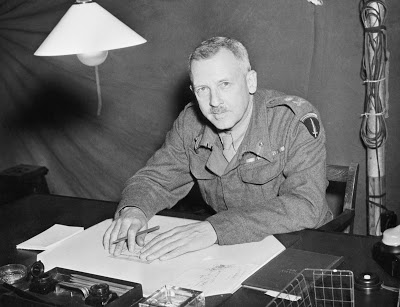 As the Anglo-American top brass agreed at the January 1943 Casablanca conference, if the Allies contemplated an invasion of Nazi-occupied France in 1944, someone needed to plan that risky operation posthaste. Designated on March 12, 1943, with the unwieldy title of “Chief of Staff to the Supreme Allied Commander” (COSSAC), Morgan inherited staff studies “several inches thick” on potential cross-Channel operations, guided only, as Morgan remembered, by General Sir Alan Brooke’s discouraging pronouncement: “Well there it is. It won’t work, but you must bloody well make it!” Morgan’s mission, which he later categorized as making “an impossible situation reasonably possible for practical purposes,” was complicated by the maddening detail that he held no command authority and the supreme commander for whom he was supposed to work did not exist. The lack of a “great man” to lead the invasion and a firm date for its execution guaranteed that Overlord would receive scant attention and little support from the Anglo-American high command. Indeed, Morgan later claimed that COSSAC “was not highly regarded by the [British] War Office, save as a high-grade training exploit.”

Notwithstanding those impediments, on April 17, 1943, Morgan gathered his staff—half British, half American—and gamely announced: “The term ‘planning staff’ has come to have a most sinister meaning; it implies the production of nothing but paper. What we must contrive to do somehow is to produce not only paper, but ACTION… I am to plan nothing less than the reconquest of Europe.”

Morgan’s primary challenge was to determine where the invasion should take place. Those who had previously addressed that issue had considered only two regions as serious candidates: the Pas de Calais and Normandy. Even a military neophyte could discern from a cursory glance at a map that the Pas de Calais made the most sense as an invasion site. The Strait of Dover is so narrow there that on a clear day an observer atop Dover’s celebrated white cliffs can easily make out the French coastline. Hence, Allied landing craft could reach the invasion beaches from their English bases quickly and even make more than one round-trip per day. Surprise, too, would be much easier to achieve. And most important of all, Overlord’s ultimate objective—Berlin—was much closer to Pas de Calais than it was to Normandy. But if the Allies grasped those points, obviously the Germans did too, and Morgan observed glumly, “The Pas de Calais is the most strongly defended area on the whole French coast.” Morgan thereupon drew the momentous conclusion that Normandy must be the target, specifically the Calvados beaches near the ancient town of Bayeux. “[The] Germans consider a landing there unlikely to be successful,” Morgan remarked.

Morgan’s indirect approach might fool the Germans, but it posed daunting challenges to his planning staff, the most troubling of which was the obvious detail that the three Calvados invasion beaches—soon to be designated Omaha, Gold, and Juno—were nowhere near a major harbor. If two million Allied troops would soon flow into Normandy, they must be supplied by sea if they sought to carry the war to the Rhine and beyond. One of Morgan’s subordinates, the Royal Navy’s Capt. John Hughes-Hallett, thereupon devised an ingenious solution soon to be known as Mulberry: “If we can’t capture ports, we must build them,” he declared.

COSSAC plans boiled down to one overriding issue: could the Normandy invasion work? Morgan’s affirmative answer to that question set Overlord in motion: “I have come to the conclusion that, in view of the limitations imposed by my directives, we may be assured of a reasonable chance of success on May 1, 1944, only if we concentrate our efforts on an assault across the Norman beaches about Bayeux,” he wrote in a July 15, 1943, cover letter to the final draft of the Overlord plan.

Others would eventually build on his scheme, but the crucial seed had been planted. As a proud Morgan noted of his staff: “Never were so few asked to do so much in so short a time.” 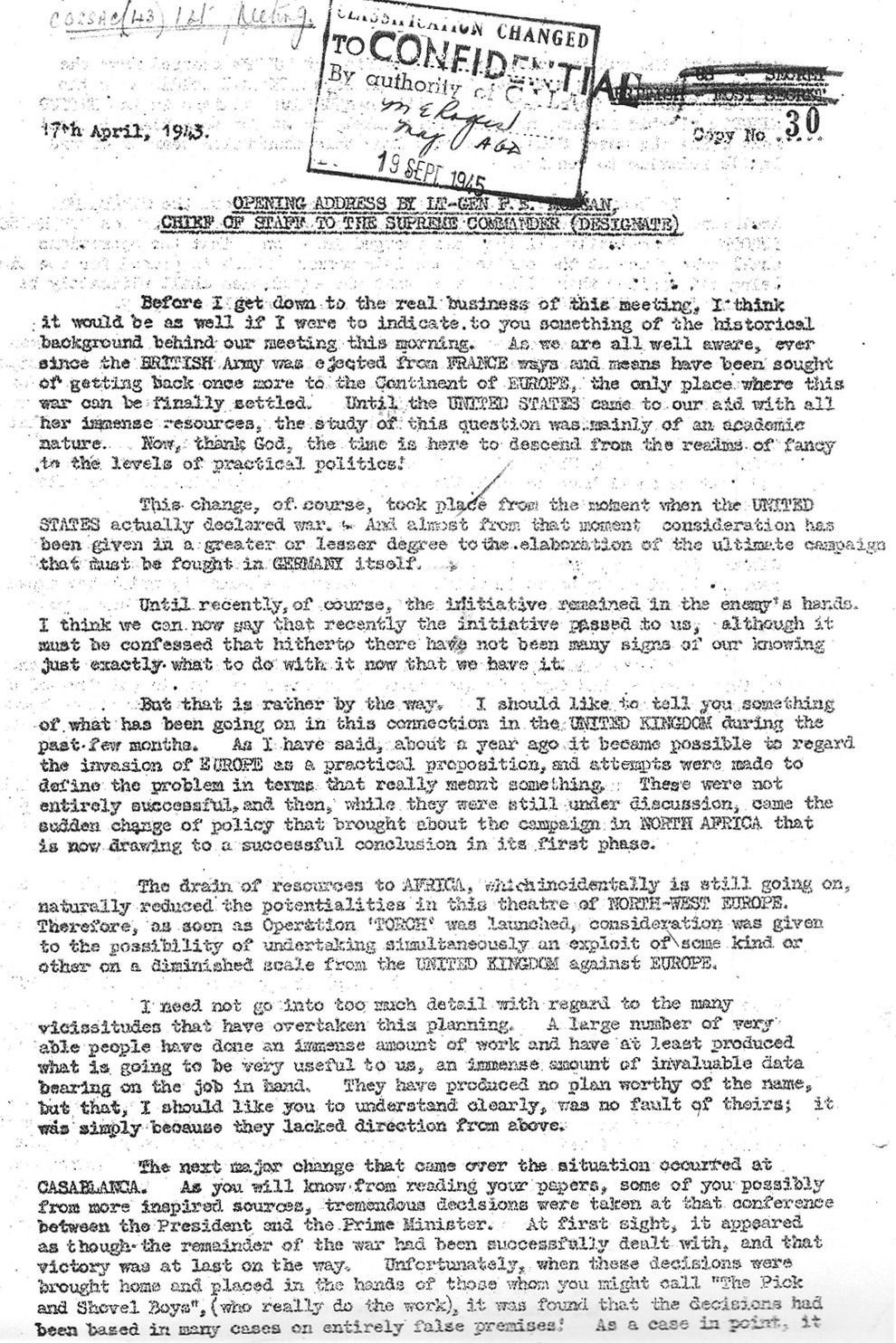 A copy of General Morgan’s opening address to his COSSAC staff on April 17, 1943, during which he laid the groundwork for Operation OVERLORD.