“THE TIME IS SHORT”

Rommel had kept the German garrison in Normandy busy—so busy, in fact, that when photos snapped by Allied reconnaissance aircraft along the Calvados coast in early April 1944 were forwarded to OVERLORD planning staffs, a shock wave promptly rippled through Eisenhower’s command. The Allies had already churned out mammoth D-Day plan books, but this latest intelligence revealed something entirely new: for weeks the enemy had been working fervently to erect thousands of obstacles on the Normandy shoreline, an alarming development that would force the Allies to rethink their invasion methods just two months before D-Day.

Hardly prime examples of Germany’s capability to produce Wunderwaffen—wonder weapons—the contraptions Rommel’s men had begun to embed in the Normandy sands appeared absurdly antiquated, little different from war matériel employed by Alexander or Caesar: logs propped at a forty-five-degree angle, facing seaward; iron rails welded together at crazy angles, known as “hedgehogs” by the Allies; gate-like contraptions, nicknamed “Belgian barn doors” by intelligence staffs. One could scarcely believe that such archaic devices would seriously impede a modern army, but, as of April 1944, no enemy activity in Normandy worried Ike more. Fixed on tidal flats, at low water the German obstacles were fully exposed, but they would be submerged little more than three hours hence as the volatile Norman tide rose with its astonishing rapidity. At high tide, when the obstacles were underwater and invisible, Allied coxswains guiding their landing craft shoreward risked impaling their vessels far short of the beach or, much worse, ramming an obstacle topped with a Teller mine—a catastrophic event that would surely kill or wound most passengers. 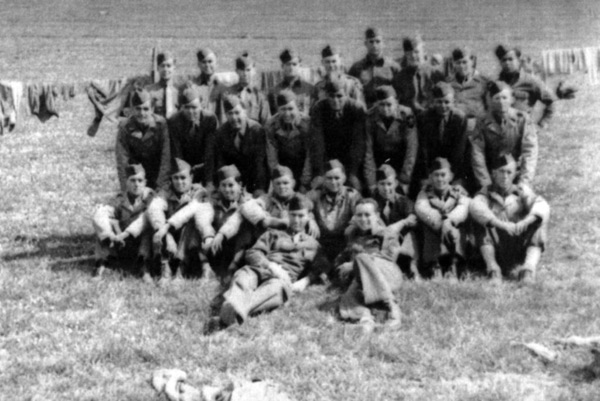 The Allies had to come up with a plan to neutralize the enemy’s obstacles posthaste. The anxious, old-school U.S. Army general assigned to lead the Omaha Beach invasion, Leonard Gerow, composed a frank letter to General Bradley’s First Army headquarters on April 10, 1944. “I am rather disturbed about the progress being made on training in connection with the removal of underwater obstacles,” Gerow wrote. “The time is short.” Bradley’s chief of staff, Brig. Gen. William Kean, offered no reassurance: “We are as disturbed as you are about the progress we have made. . . . I realize that this whole subject has been worked out far too late.”

One detail was certain: Rommel’s beach impediments would force the Allies to initiate the D-Day invasion at low water, when obstacles would be dry and exposed, so engineers could disembark at H-hour and promptly exert an all-out effort to demolish them with explosives. That effort would create gaps through which landing craft could safely pass at high tide to deposit troops ashore. Low-tide landings, however, would require first-wave infantrymen to traverse nearly a quarter-mile of wide-open beaches, under deadly fire in the event that the Allied air and sea bombardment failed to suppress German resistance. Apprehensive Allied invasion planners understood that initial invasion waves could suffer severe casualties in such an unfortunate scenario.

The invasion’s success clearly hinged on the engineers’ ability to fulfill their arduous mission. The most overwhelming challenge of all would be time, since the Norman tide, rising by one foot every ten minutes, would submerge every obstacle on the beaches just ninety minutes after H-hour. Failure could trigger unimaginable losses, not only among the engineers themselves, but also among troops attempting high-tide landings through uncleared obstacle belts. A somber U.S. Army study in late April noted, “The breaching of obstacles is a difficult task at best, and it must be undertaken only under the most favorable circumstances.” In other words: engineers burdened with heavy equipment and explosives, forced to work for an hour or more on an exposed beach in full view of the enemy, stood little chance of survival if even modest numbers of German defenders survived the preinvasion bombardment. After studying the breaching plan, a blunt American engineer colonel provided to his superiors a list of its flaws: “Insufficient time for certainty of success; insufficient men to allow for casualties, with resulting chance of failure; air and naval bombardment would not furnish sufficient covering fire for parties. . . . The effectiveness of demolition parties, both Army and Navy, working in water under heavy fire is doubted.”

Allied sappers, thrust abruptly into one of OVERLORD’s most essential roles, still had much to learn about Rommel’s primitive but effective beach obstacles, and little time to practice neutralizing them. Indeed, the U.S. Army’s 299th Engineer Combat Battalion—the only American combat outfit to contribute troops to both the Omaha and Utah landings—did not even depart New York for Britain until April 6, 1944, just two months prior to D-Day.

The century-old French motto of the U.S. Army’s engineer corps—Essayons—held an unsettling D-Day connotation. “We will try.” 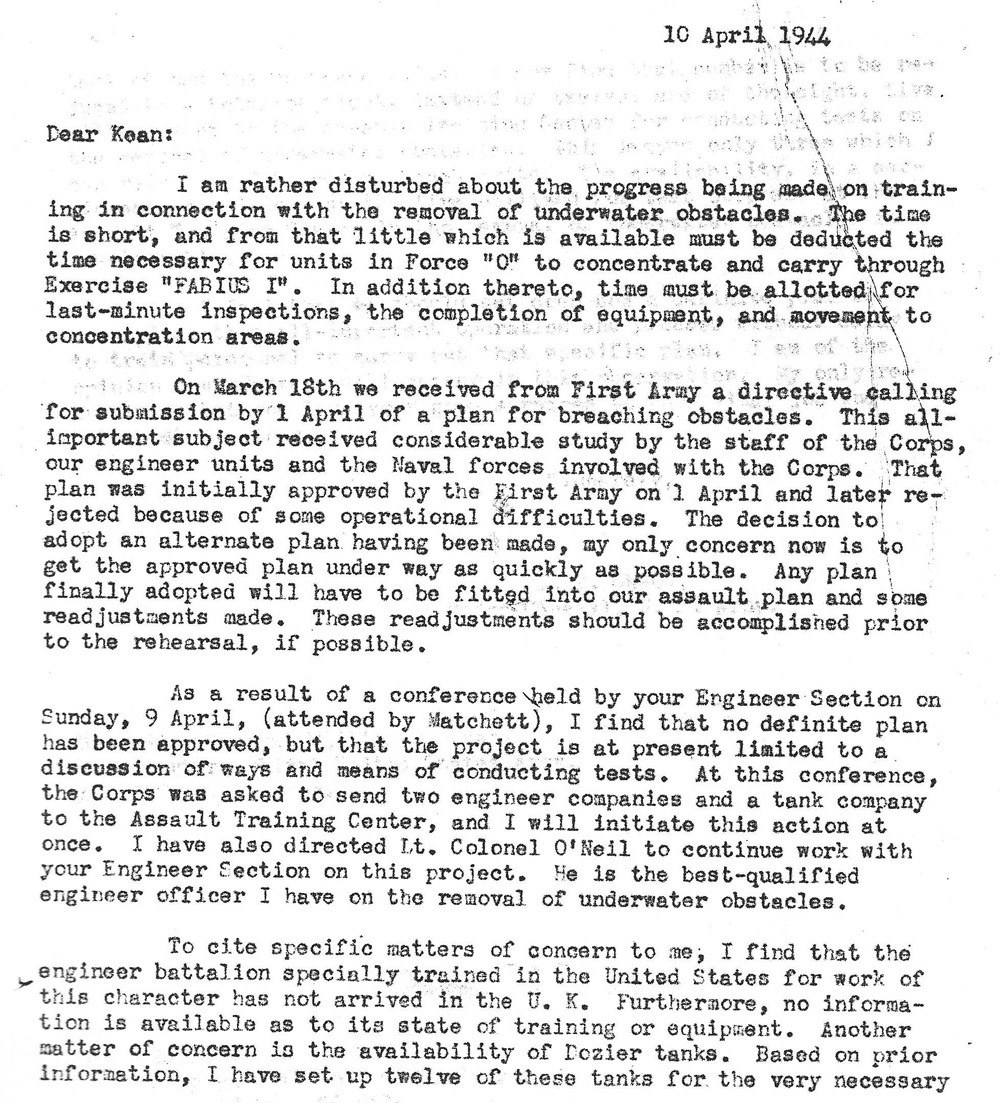 General Gerow’s April 10, 1944, letter to U.S. First Army headquarters, in which he notes, “I am rather disturbed about the progress being made on training in connection with the removal of underwater obstacles.” (29th Infantry Division Archives)