“HE WHO DEFENDS EVERYTHING, DEFENDS NOTHING”

Rommel and the Atlantic Wall
by Joseph Balkoski
Posted February 17, 2014

General Montgomery’s revised OVERLORD plan strove to ensure victory by relying on that venerable military principle known as “concentration of force.” Even more essential, however, were the tenets of secrecy and surprise: if the Germans figured out where and when the D-Day invasion would take place, even the most brilliant plan’s chance of success would be diminished by an alarming factor.

Once the Anglo-American high command agreed in August 1943 that Morgan’s OVERLORD scheme would be the Allies’ chief military operation of 1944, keeping the invasion plan secret for nine or more months would be a formidable challenge. Still more disquieting was the determination by Allied intelligence in early 1944 that the Germans were energetically enlarging their armies in western Europe and bolstering the coastal defenses of their “Atlantic Wall.” True, Adolf Hitler possessed only meager talents as a military strategist, but he had correctly deduced the Allies’ intent more than a year before D-Day when he warned his generals, “A major landing of the enemy in the West would bring us to a generally critical position.” In a November 3, 1943, directive, Hitler avowed, “Only an all-out effort in the construction of fortifications, an unsurpassed effort that will enlist all available manpower and physical resources of Germany and the occupied areas, will be able to strengthen our defenses along the coast within the short time that still appears to be left to us. . . . Should the enemy nevertheless force a landing by concentrating his armed might, he must be hit by the full fury of our counterattack. . . . I expect that all agencies will make a supreme effort toward utilizing every moment of the remaining time in preparing for the decisive battle in the West.” 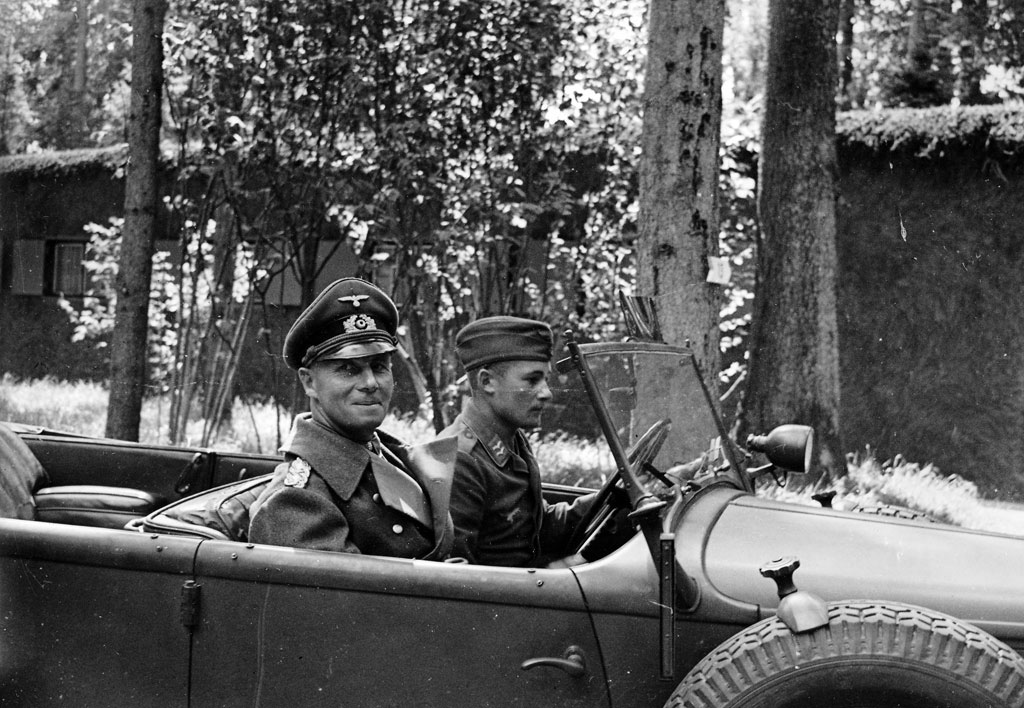 Field Marshal Erwin Rommel, commander of the German Army Group B, who prior to D-Day repeatedly emphasized to his subordinates, “The enemy must be annihilated before he reaches our main battlefield.”

So decisive, in fact, that shortly thereafter Hitler plucked Erwin Rommel, the legendary “Desert Fox,” from his command in northern Italy and dispatched him to western Europe to conduct a thorough inspection of the Atlantic Wall. By January 15, 1944, that task evolved into command of Army Group B, to which all German units on or near the coast from Brittany to Holland were subordinated. Rommel concluded that somewhere along that coastline, the Allies would eventually storm ashore, but he noted that the Atlantic Wall in its present configuration could hardly impede a large-scale invasion. With his typical boundless energy, he promptly set out to ensure that it could: “We must stop him in the water,” Rommel implored his subordinates in April 1944, “not only delaying him but destroying all enemy equipment while still afloat. . . . The enemy must be annihilated before he reaches our main battlefield.” Execution of that philosophy caused Organization Todt laborers to toil frenetically and enhance the coastal defenses with concrete pillboxes, barbed wire, beach obstacles, tunnels, trenches, and, above all, mines. So resolute was Rommel to block an Allied invasion at the water’s edge that his chief engineer calculated that 200 million mines would be required to satisfy the field marshal. Rommel also redeployed German troops directly to or close behind the shoreline and ordered them, should the enemy invade in their sector, to concentrate all available firepower on their opponents when they were most vulnerable, preferably when they were tightly packed into landing craft or as soon as they disembarked onto a wide-open beach.

Rommel’s name alone carried substantial weight: one of his former opponents, General Claude Auchinleck of the British Army, noted that it had achieved “almost magical properties in the minds of our soldiers.” Some of Rommel’s German comrades, however, did not share that exalted view. “[Rommel] was a brave man and a very capable commander in small operations, but not really qualified for high command,” declared sixty-eight-year-old field marshal Gerd von Rundstedt, chief of the western theater. “I had over 3,000 miles of coastline to cover from the Italian frontier in the south to the German frontier in the north, and only sixty divisions with which to defend it.” Albert Speer, Hitler’s minister for armaments, agreed. The expenditure of 17.3 million cubic yards of concrete and 3.7 billion German marks on the Atlantic wall, Speer remarked, “was sheer waste.” A more sensible strategy, von Rundstedt insisted, would have been to counterattack the Allies as soon as possible after the invasion with mobile panzer and panzergrenadier divisions, sealing the Allies into their beachhead, just as the Turks had done to the British so effectively at Gallipoli in 1915.

Perhaps Frederick the Great, the model Prussian commander all good German generals strove to emulate, had put it best: “He who defends everything, defends nothing.” 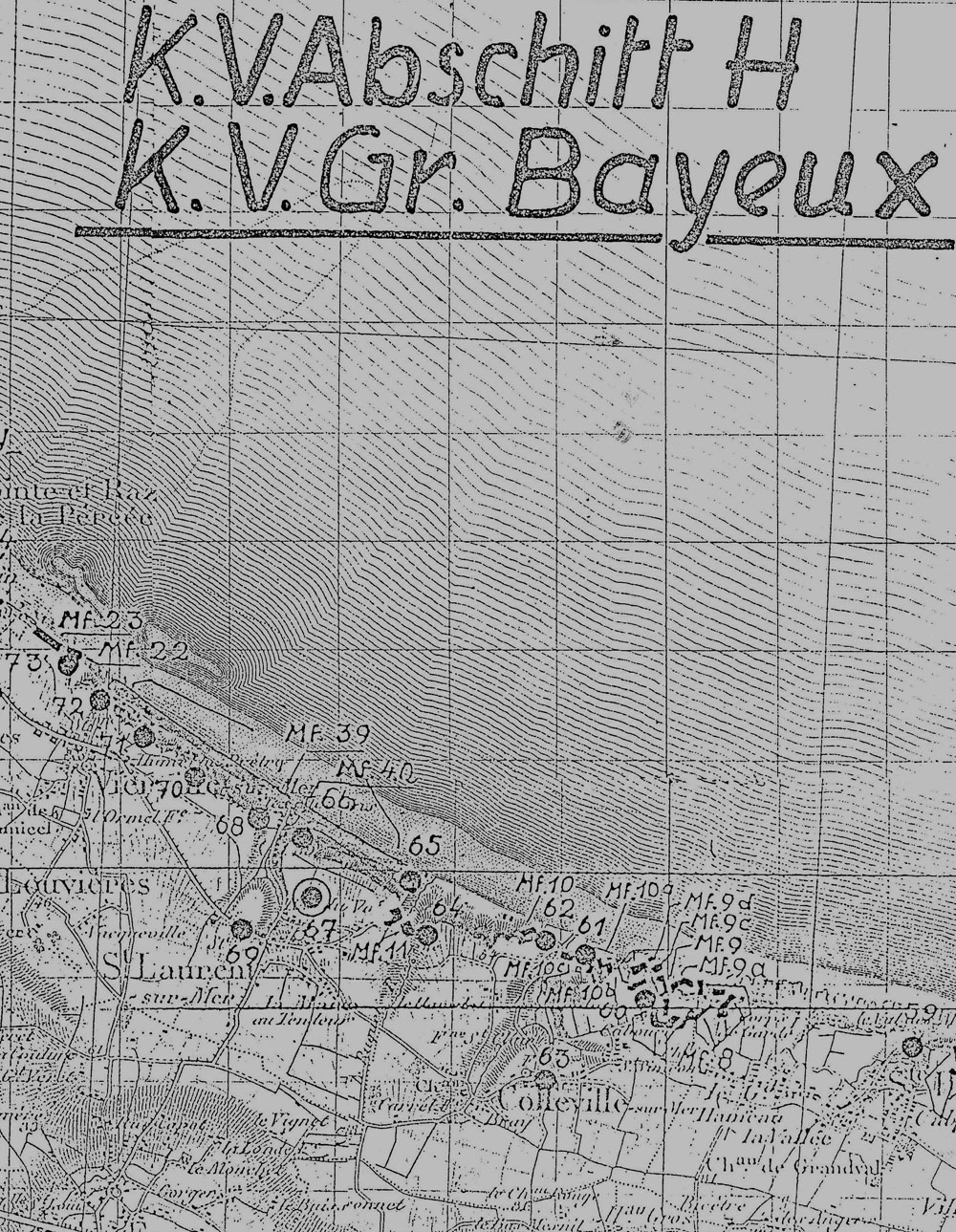