More than ten years ago, I started a project, which I dubbed the Liberation Trilogy, with the intent of telling the story of the American military’s role in the liberation of Europe during World War II. With the publication of volume two, The Day of Battle: The War in Sicily and Italy, 1943-1944, I’m now two-thirds of the way toward that goal. This new book picks up where the first volume, An Army at Dawn, left off, telling the epic tale of the invasion of Sicily in July 1943, and carrying us into the campaign for Italy—to Salerno, Anzio, Cassino, the Rapido River—through the fall of Rome on June 4, 1944, two days before the Normandy landings.

From the beginning of this enterprise, my presumption has been that no twenty-first-century reader can understand the ultimate Allied victory in Europe, in May 1945, without understanding what happened in the years before Normandy. Those victorious armies, those soldiers and commanders who filled the ranks, had a history, a bloody history, of sorrow and error and valor. It started in North Africa, and now their story continues through Sicily and up the boot of Italy.

The Mediterranean campaigns have long been overshadowed in the American consciousness by Normandy, the Battle of the Bulge, and the ultimate fall of the Third Reich. Yet three-quarters of a million American soldiers served in Italy; 23,000 of them were killed there. Total Allied casualties in the Italian campaign exceeded 300,000. Walt Whitman once complained that “the real war will never get in the books.” In a similar vein, one of the best journalists working in Italy in 1943-1944, Martha Gellhorn, wrote, “War was always worse than I knew how to say.” Part of my task in The Day of Battle, whether in writing about the grandest of grand strategy or about life for Joe and Willie in a foxhole, is to find the words that Gellhorn couldn’t, to put the lie to Walt Whitman, and to ensure that the real war does get in the books. 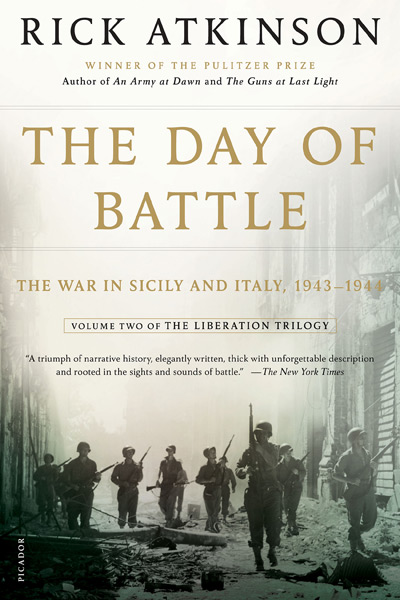 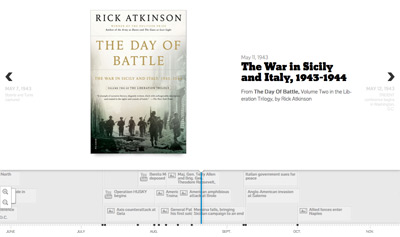