Readers eager to learn more about the campaign in Western Europe, as well as the earlier struggles in the Mediterranean, have no shortage of resources from which to choose. A full array can be found in the Selected Sources at the back of The Guns at Last Light, just as extensive bibliographies can be found on the campaigns in Africa and Italy in, respectively, An Army at Dawn and The Day of Battle. Moreover, on the www.liberationtrilogy.com website, I have listed a number of manuscripts, monographs, and unpublished documents used as supplemental sources in volumes two and three which do not appear in the published bibliographies.

For a big-picture understanding of the global war, I recommend: Gerhard L. Weinberg, A World at Arms; Max Hastings, Inferno: The World at War, 1939-1945; Antony Beevor, The Second World War; Williamson Murray and Allan R. Millett, A War to Be Won; Chester Wilmot, The Struggle for Europe; and Richard Overy, Why the Allies Won. Perhaps the most vivid and tactile account of the war may be found in the National World War II Museum, in New Orleans. Over the past decade, the museum has vastly expanded its artifacts, pavilions, and archival holdings; it now offers a thorough, compelling experience about the war’s origins, campaigns, personalities, and consequences. For more information, visit the website at www.nationalww2museum.org.

Operation MARKET GARDEN is described fully in Martin Middlebrook, Arnhem 1944: Robert J. Kershaw, “It Never Snows in September”; Geoffrey Powell, The Devil’s Birthday; and Cornelius Ryan, A Bridge Too Far. Commendable works on the Battle of the Bulge include John S. D. Eisenhower, The Bitter Woods; Charles B. MacDonald, A Time for Trumpets; and Danny S. Parker, ed., The Battle of the Bulge: The German View.

I rely more than most historians on the work of war correspondents, perhaps because I was one myself. Among my favorites: Osmar White, Conqueror’s Road; Alan Moorehead, Eclipse; Eric Sevareid, Not So Wild a Dream; R. W. Thompson, Men Under Fire; Ernie Pyle, Brave Men; W. C. Heinz, When We Were One; Iris Carpenter, No Woman’s World; Robert Capa, Slightly Out of Focus; A.J. Liebling, Mollie & Other Pieces; Don Whitehead, “Beachhead Don”; and Margaret Bourke-White, Purple Heart Valley. A good anthology can be found in Richard Collier, Fighting Words: The War Correspondents of World War Two.

I often hear from readers keen to learn more about a particular veteran or unit. A good place to start for the U.S. Army is the Military History Institute in Carlisle, Pennsylvania, at the Army Heritage and Education Center: http://www.carlisle.army.mil/ahec/. A comparable repository is the Air Force Historical Research Agency at Maxwell Air Force Base in Montgomery, Alabama:  http://www.afhra.af.mil/. The U.S. Navy’s History and Heritage Command is in Washington, D.C.: http://www.history.navy.mil/. Official U.S. military records and photographs are kept in the National Archives at College Park, Maryland. To get some sense of what the Archives have to offer, visit http://www.archives.gov/. 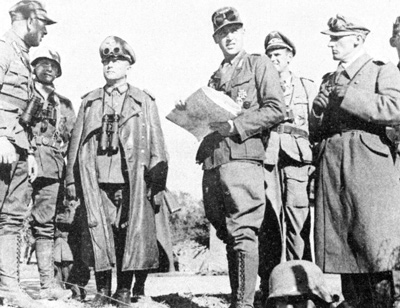