Battle of the Bulge

On the 16th of December, 1944, in the frozen forests of the Ardennes, the German army attacked American Allied forces, launching a final bid to turn the tide of World War II. Thus began the long, hard slog of a battle that was nicknamed by the media as the Battle of the Bulge. Lasting more than a month, it led to tens of thousands of casualties. Sir Winston Churchill called it “the greatest American battle of the war and . . . an ever-famous American victory.” Atkinson skillfully guides his audience through the attacks and counterattacks, the advances and retreats of this terrible bloodbath. Whether history buffs or newcomers to the topic, young readers will appreciate the author’s clear and accessible prose, as well as the many fascinating facts, photographs, and statistics. 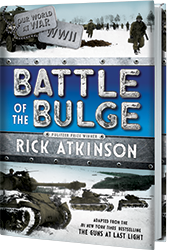 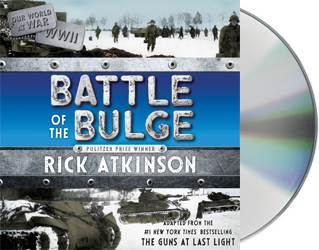 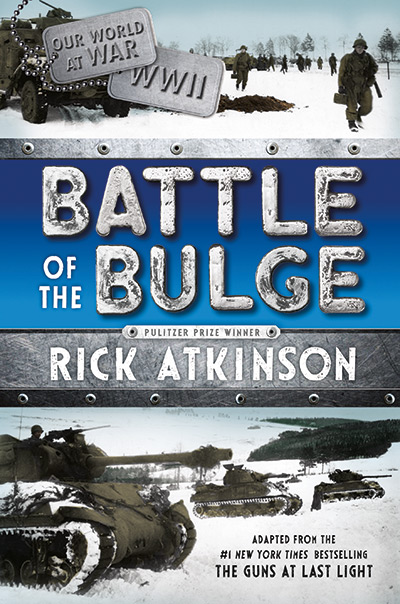